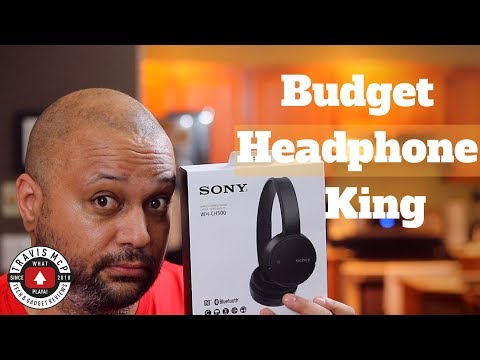 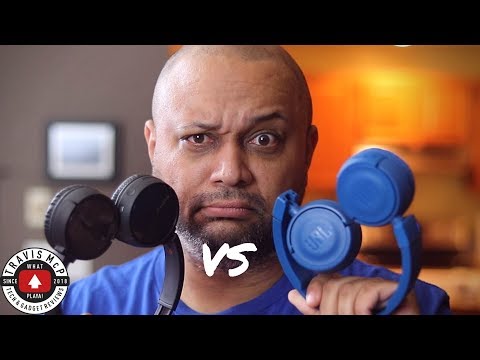 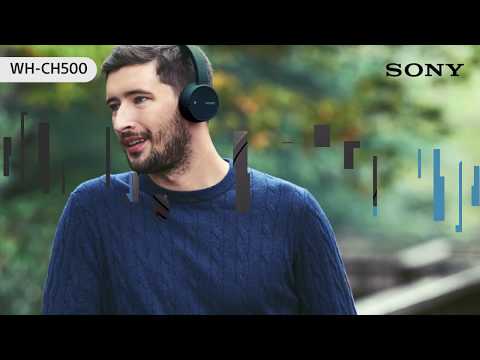 The Sony WH-CH500 are on-ear headphones that have a lightweight but cheap design that are okay for mixed usage. They have a good 20-hour battery life and amazing wireless range. Unfortunately, their sound signature is not as good as other on-ears we’ve reviewed so far and they don’t have a great isolation performance. On the upside, they are stable enough for running.

The Sony WH-CH500 are lightweight but cheap looking headphones. Unfortunately, their build is all-plastic, and they don’t feel very solid. The headband has no padding which makes them a bit uncomfortable, but the padding on the ear cups is fairly comfortable.

The WH-CH500 are lightweight headphones, with decent padding on the ear cups, but none on the headband. They don’t put too much pressure on the head, but they do feel a bit stiff after long listening sessions. The smaller cups of the on-ear design might not be as comfortable for everyone.

The build quality if of the WH-CH500 is below average. Everything in the build is made out of plastic and feels flimsy. The headband is not flexible enough to be put under physical stress and feels like it would snap. The cups are dense, which is nice, but still made of cheap plastic.

WH-CH500 are decently stable and should not slip off your ears if you use them for more casual sports and running. They don’t apply much pressure on the head and since they are wireless, you don’t have to worry about a wire getting caught on something and yanking the headphones off your head.

The Sony WH-CH500 is an average sounding pair of closed-back on-ear headphones. They have a decently powerful and punchy bass, and excellent and nearly flawless mid-range, and a decent treble. However, their bass is a bit muddy, lacks thump and rumble, and is inconsistent across different people. Also, their treble lacks a bit of detail and could sound sharp on S and Ts for certain people. Overall, they are a decent choice for a wide variety of genres especially vocal-centric music, but won’t be ideal for the fans of a deep and rumbling bass.

The Sony WH-CH500 do not have an ANC feature like the wired MDR-ZX110NC. However, the ANC on the wired model is subpar and will not be a better choice if that’s your only criterea. A lot of noise will seep into your audio but they don’t leak too much. They should be fine for office work if you don’t listen to your music at very high volumes, but won’t be a great choice for a busy daily commute.

The Sony WH-CH500 have a mediocre microphone. In quiet environments, speech recorded or transmitted with this mic will sound relatively thin, noticeably muffled, and lacking in detail. It may also be prone to pops and rumbling noises. In noisy situations, it will struggle to separate speech from ambient noise, even in moderately loud environments such as a busy street.

The Sony WH-CH500 are Bluetooth-only headphones that have excellent wireless range. They do not have any wired connection, but there is a similarly designed wired model which is the Sony MDR-ZX110NC. The wireless WH-CH500 has NFC support which is great for a quick and easy pairing procedure. Unfortunately, they can’t connect to 2 devices which would have been useful to switch between a computer and a phone.